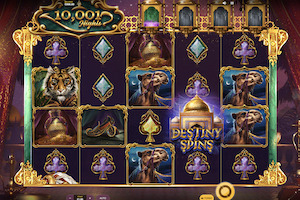 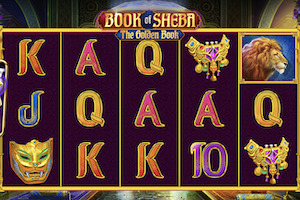 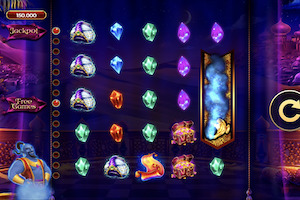 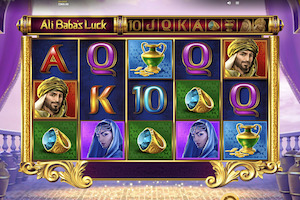 The Adventures of Ali Baba Slot 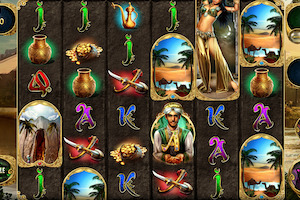 Get your hands on the unimaginable treasures and riches of the forty thieves with The Adventures of Ali Baba slot brought to you by Red Rake Gaming. As suggested by the game’s title, this beautifully crafted game takes inspiration from the Ali Baba and the Forty Thieves folk take which found its way into the One Thousand and One Nights collection of stories back in the eighteenth century.

To meet the game’s main character Ali Baba, invest between 0.20 and 50 credits per spin on any gaming device you prefer and find yourself wandering this Red Rake Gaming magical world where all sorts of riches and treasures await around every corner. The game features a neatly rendered 6x6 Gaming grid that is complected with 50 free spins and a couple of bonuses. These include Morgiana replacing wild symbols which will bring more winnings your way. Powerful tornados can hit the gaming grid and boost your winning odds while special Sesame symbols trigger the game’s Free Spins round.

Open Sesame, Reveal Hidden Treasures
The main character Ali Baba that you meet once you start your gaming sessions on this Red Rake Gaming release is a very poor woodcutter. The story of Ali Baba remains one of the most famous One Thousand and One Nights tales that has found its place in various media performances. One day, Ali Baba secretly observes as forty thieves hide their treasures in a small cave whose entrance can only be opened by the magical phrase “Open Sesame”. Ali Baba decides to use this phrase to steal the thieves’ riches and live a better life.

The story of Ali Baba and the Forty Thieves perfectly comes to life in The Adventures of Ali Baba that will definitely impress with stunning visuals. Packed with top-notch graphics, the game’s magnificent backdrop shows a small desert city which adds more exotic, oriental vibes to your gaming sessions. On the reels, Ali Baba meets a young slave girl named Morgiana who will eventually help him escape those forty thieves who are looking for him.

Treasure chests, cave entrances, swords, and standard playing cards also land on the reels. The most rewarding standard-paying symbol is the cave entrance symbol which delivers up to 15, 50, 100, and 400 credits for three of a kind, four of a kind, five of a kind, and six of a kind winning combos. The same payouts are reserved for landing oasis symbols while the game’s medium-valued symbols deliver up to 200 and 250 credits for six matching symbols.

Live a Prosperous Life
The major highlight of The Adventures of Ali Baba slot besides its impressive design is its bonuses department. During your gaming sessions, the young slave girl Morgiana acts as a powerful replacing wild symbol that appears on the reels covering four heights to deliver greater winning opportunities. You gain entry to The Adventures of Ali Baba Free Spins round as soon as three Sesame symbols land on the reels on the same spin.

At this point, those triggering symbols remain locked in their place while free spins follow. During the bonus, gold symbols that land also remain locked in their position while the appearance of the thieves on the grid delivers extra free spins. To deliver greater winnings, gold symbols in the Free Spins bonus can fuse into bigger 2x2 and 3x3 symbols and this is known as the Gold Symbols Fusion mode which basically delivers 2x and 3x winning multipliers.

Lastly, there is the game’s Wins Tornado mode which triggers randomly. Once triggered, a tornado lands on the gaming grid and copies a reel that is then placed on the left side of the gaming grid. The bottom line, The Adventures of Ali Baba does not only deliver a magical visual spectacle but also promises epic winning opportunities. 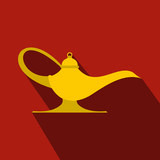 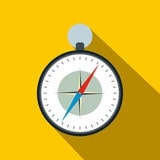