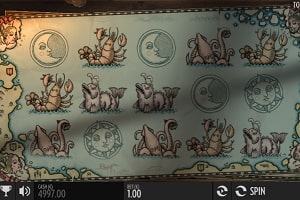 Join the Adventure to Win Prizes in 1429 Uncharted Seas Slot by Thunderkick
The map to find the treasure is ready and all you have to do is say yes and jump aboard the ship towards uncharted territory. This is the invitation that you’ll instantly get once you open the 1429 Uncharted Seas slot game by Thunderkick. It’s an adventure-themed slot game that gives you that adrenaline rush of joining an adventure on a quest to find the treasures. This 5-reel and 25 bet lines is home to several high-paying features that can make your game more exciting. It benefits from the expanding wilds during the base game and a Free Spins round where the spin rewards start at 50 and go up to 100. More than the free spins, this Thunderkick slot game is known for its great payout. It comes with a 98.5% RTP which is one of the best on the business. Are you ready to join the adventure in uncharted territories?

Your Adventure Begins in a Single Spin
Visually, this is one of the most impressive slots to play from Thunderkick. On the screen, you will find an old yet colorful map with symbols that represent a variety of things. Upon closer inspection, these are your symbols that will deliver instant wins. As you click the ‘Spin’ button of the game, the map transforms into a playing grid where symbols can combine to form winning combinations. The cost per spin ranges from a low 0.10 up to 100.00 credits.

The map or the reels brings you back to 1429 where the navigation of the seas is at its infancy. On the screen, you will encounter several sea creatures like octopus and lobster. And you will also encounter the mermaid symbol that works as the highest-paying symbol of the game. If you play the maximum bet in a single spin and win, you can collect up to 5,000 credits for the mermaid. You will also notice the ship that works as a wild symbol, and they will only dock on reels 2 to 4. Since they are the wilds, they can replace other symbols except the scatter. The symbols are expertly drawn, and you can also find a nice soundtrack with bells and cannon blasts that add drama to the game.

Treasures You Can Unlock
This game stays true to its promise of huge wins and better treasures. If you play this in real money, you will find 2 main bonus features- the expanding wilds and the bonus game which are described below.

Expanding Wilds. The wilds will only land on reels 2 to 4 in the winning payline. And when it happens, the Expanding Wild feature is activated. The wild symbols will then feel the reels and you can collect up to 3 wilds in every base game spin.
Bonus Game. You need the services of at least 3 compass scatter symbols to start the bonus game. Collect 3, 4 or 5 compass scatters to earn 10, 20, or 50 free spins.

The 1429 Uncharted Seas by Thunderkick is an exciting slot game to play. For those looking for impressive visuals and an equally impressive of features, then this game is worth a spin. There’s a chance to re-trigger the free spins round where you can collect up to 100 bonus spins! 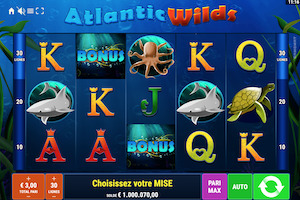 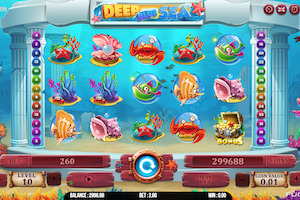 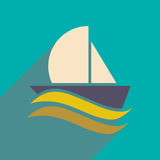