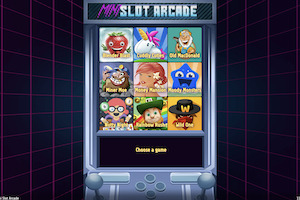 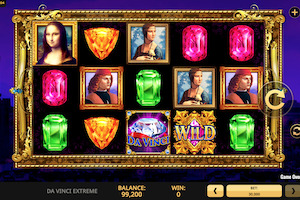 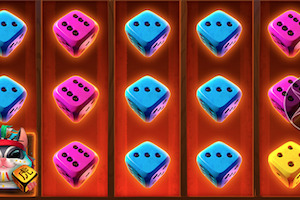 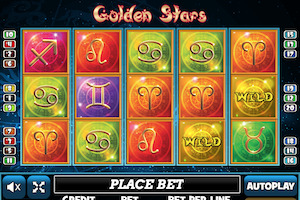 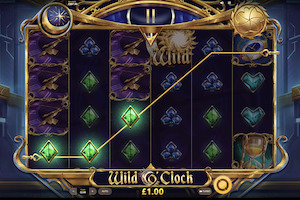 Brought to you by Red Tiger Gaming, Wild O’ Clock is an innovative, unusual release in which gaming sessions unfold across 6 reels and 30 paylines. As suggested by the game’s title, it takes inspiration from retro clocks that you will come across the gaming grid. To start your Wild O’ Clock gaming sessions, invest between 0.20 and 40 credits per spin on your desktop or portable device.

Once here, you hop on a highly volatile reel adventure that is not shot on generous bonuses. The bonuses featured in the game include expanding wild symbols which will make their appearance on every twelfth spin. Besides, you will come across awesome wild symbols with winning multipliers as well as trigger a Clock Spins bonus with 12 free spins offered up for grabs and a couple of modifiers to boost your winning odds.

Set Back the Clock
With the very first spin on the Wild O’ Clock slot, you travel back in time to see how primitive clock mechanisms worked. The main gaming grid is actually crafted to look like a clock itself so you will notice different parts of the clock mechanism spinning on their own as you spin the game’s reeks. Wild O’ Clock comes packed with stunning artwork and we expect nothing less from Red Tiger Gaming.

The reels located within the clock mechanism are populated with time measurements items and tools as well as clocks including small pocket watches, hourglass clocks, sundials, while lower-valued classic card suits also make their appearance on the reels. As you enter this magical workshop, you scoop awesome payouts of 10x your stake for landing six of a kind winning combos packed with the most lucrative sundial symbol.

The second highest-valued symbol featured in Wild O’ Clock is the hourglass piece that grants up to 24, 48, 120, and 240 credits for three of a kind, four of a kind, five of a kind, and six of a kind winning combos. The three remaining higher-valued symbols boost your bankroll with up to 180, 90, and 75 credits for six matching symbols while the least rewarding classic card suits grant up to 36 credits also for six of a kind winning combos.

Travel Back in Time for Timeless Prizes
This leads us to the game’s awesome bonuses starting with its sun and moon wild symbols that have their usual responsibility. Also, wild symbols deliver payouts up to 10x your stake for six wilds in a single winning combo. What is even more, the game’s wild symbols can appear on the gaming grid with a great multiplier attached worth between 2x and 8x your stake, and this is known as the Wild O’ Clock Multiplier Wilds bonus.

Then, on every twelfth spin, the game’s Lucky 12 O’ Clock bonus will trigger and super wild symbols which cover all respective reel positions enter the game. To launch the game’s Clock Spins bonus, collect three scattered bonus symbols on the same spin and you are instantly granted 12 free spins. During these spins, you benefit from an awesome increasing winning multiplier that increases whenever multiplier wild symbols appear on the gaming grid.

What is even more, on your final twelfth spin, the Lucky 12 O’ Clock bonus also triggers, and special super wild symbols are added to the gaming grid. During the Free Spins round, you can scoop awesome top payouts of 2,079x your stake since winning multipliers and stacked wild symbols are active. 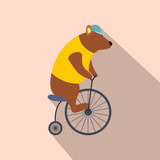 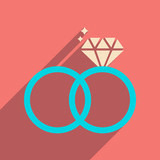